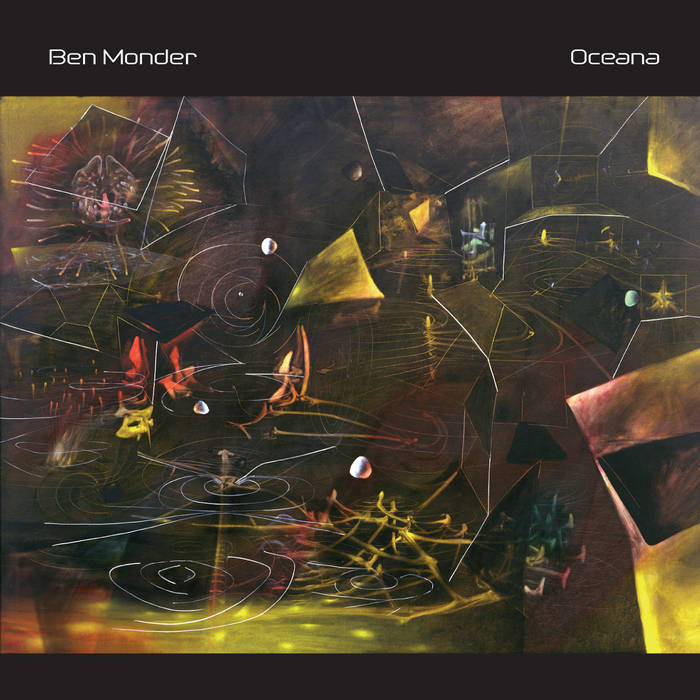 For the 15 years Ben Monder has been on the scene – as a sideman with a plethora of stars, from bandleader Maria Schnieder and bassist Marc Johnson, to drummer Paul Motian and composer/bandleader Guillermo Klein – and with his own recordings as a leader, Monder, with his ethereal textured tones that recall the best of Jim Hall and John Abercrombie, has quietly put his subtle sonic stamp on improvised music.

Nothing shows this more than his Sunnyside debut, Oceana. “This music is an extension of what I have been doing over the last 10-15 years,” says Monder. “That is, experimenting with a variety of forms, and trying to explore the harmonic and textural possibilities of the guitar within solo, trio, and quartet settings. Influences range from jazz to 20th century classical to rock, but this coalescence is more intuitive than conscious.”

Embarking on the journey with Monder are vocalist Theo Bleckmann, bassists Kermit Driscoll and Skuli Sverrisson, and drummer Ted Poor. “Ted is the newest member of the band. I first heard him a few years ago when we performed on a concert together at the Eastman School Of Music. I was struck by how someone so young (I think he was 21 at the time) could have such a mature feel and such effortless command of the instrument. I've played with both Skuli Sverrisson and Kermit Driscoll for years, each in different incarnations of the group. Although very different from one another, they both have strong, personal voices on their instrument, and they fit the respective tunes on which they play perfectly. I was very fortunate they could both participate. I've been collaborating with Theo Bleckmann for over ten years now. He is a tremendous musician and a singer of unlimited scope and ability. He can sing anything I put in front of him, and his timbre is perfectly suited to my music.”

Monder and his cohorts embark on a musical voyage driven by subtle and syncopated winds, steered by telepathic improvisation. The opener, “Still Motion,” is a track featuring the leader’s interlocking and pulsating plectral poetry based on a complex “finger picking pattern” played over static harmony. Monder’s title track draws its inspiration from the sea. “I was thinking of the phenomenon of the ‘oceanic experience’ Monder said. “This is said to be the experience of the infant, who doesn't yet distinguish between his inner and outer world, and therefore perceives no boundary between self and other. Also evoked is an image from a movie I once saw, where a man is being pulled helplessly through the ocean by a whale he has harpooned. I found it a terrifying and lasting image. The music is in almost constant flux and there is often no tonal center, so the effect is to be swept up in something without a feeling of grounding or stability.”

The steady pulse of “Echolalia” contrasts “Oceana’s” churning rhythms. “The title is a term for a syndrome, often exhibited by autistics, that causes one to repeat the last word or phrase one has heard. Most of the phrases of the melody are similarly repetitious,” says Monder. “Double Sun” is a chamber-like etude marked by multiple tempos. The CD closes with “Spectre,” a moody piece that Monder describes as “conspicuously influenced by Morton Feldman, it manipulates a series of tone rows which gradually transmute as they are repeated.”

The first CD in five years for the guitarist is a stunning achievement. He has exhibited some of the most original musical thinking of the present age.
David Adler ,JazzTimes

This is a brilliantly distinctive album.
JazzTimes

..here his sound is terrifically concentrated: he metes it out in rapid, fingerpicked puzzles with an Independent thumb. (He seems to envelop the instrument, moving through wide pitch ranges and extended harmony in gliding phrases.)
Ben Ratlif, The New York Times.

"Ben practically created his own musical language: voicings and lines I've never heard anywhere else, just at the edge of functionality and abstraction, ethereal, dark and mysterious."
Frank Kimbrough

Ben Monder is mentioned as a role model by a growing number of guitarists, and his versatility sets him apart.
James Hale, Downbeat, January 2006

If anything, Monder’s music has gotten even more distilled and strange, but Oceana’s blend of virtuosity, thematic rigor and outright heaviness impressed a lot of listeners and placed it on a lot of critic’s best of 2005 lists. The playing is exceptional throughout, but air-guitarists beware—these are pieces that create indelible and sometimes unnervingly alien sonic worlds and the moods they establish aren’t easily dispelled"
Paul Olsen, All About Jazz, February 2006

It is very rare to encounter a recording that is truly unique in its compositional style and performance. Oceana with its changing tides and liquid sound, is a terific album and a compositional triumph.
Dan Bilawsky, Jazz Improvisation-05-06

Featuring Gary Bartz, 5 years of Rhythm Section Intl and an LP of the week by Nicolas Jaar